Lush and green with olive groves and towns perched on hill tops is not only a feast of the eyes, it is a festival for the senses featuring sophisticated cuisine, quality wine, local truffles, cheese and olive specialties elegantly presented in Istria venues. Being an established tourism area of Croatia, Istria is a peninsula region that needs no special introduction, now getting even more prominent as an incentive and group destination. Unique and magnificent, with the Adriatic Sea sprinkling its jagged coastline with lagoons and islands, its inland hills and mountains revealing its thousand years of history and culture, Istria offers the National Park Brijuni, cities like Pula and Rovinj, Poreč and small picturesque towns like Grožnjan, Motovun and many others. 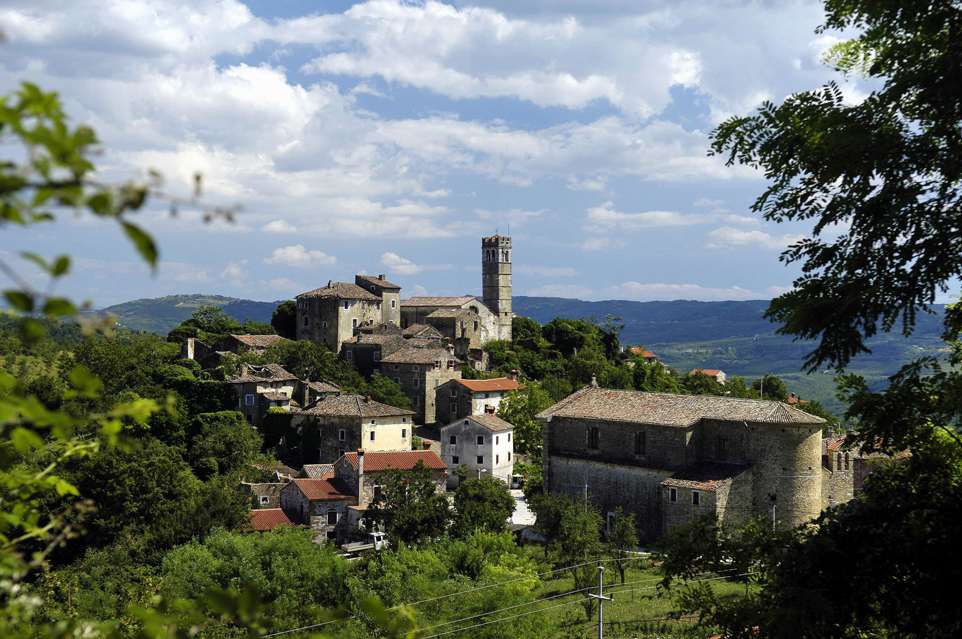 Pula is the largest city in Istria and probably the best known for its 2000 years old amphitheater, well preserved and used for many cultural and private events. Being the cultural and the economic center, Pula constantly attracts visitors with its historical sites like the Temple of Augustus, the Golden Gate (Porta aurea), the Triumphal Arch of the Sergii; its natural beauties, exquisite accommodation, beautiful venues as well as numerous meeting and incentive opportunities. The port of Pula is one of the most important ports of Istria, connecting the peninsula with other Croatian ports and several Italian cities. Pula is the most stunning town of this region and definitely a place to visit. 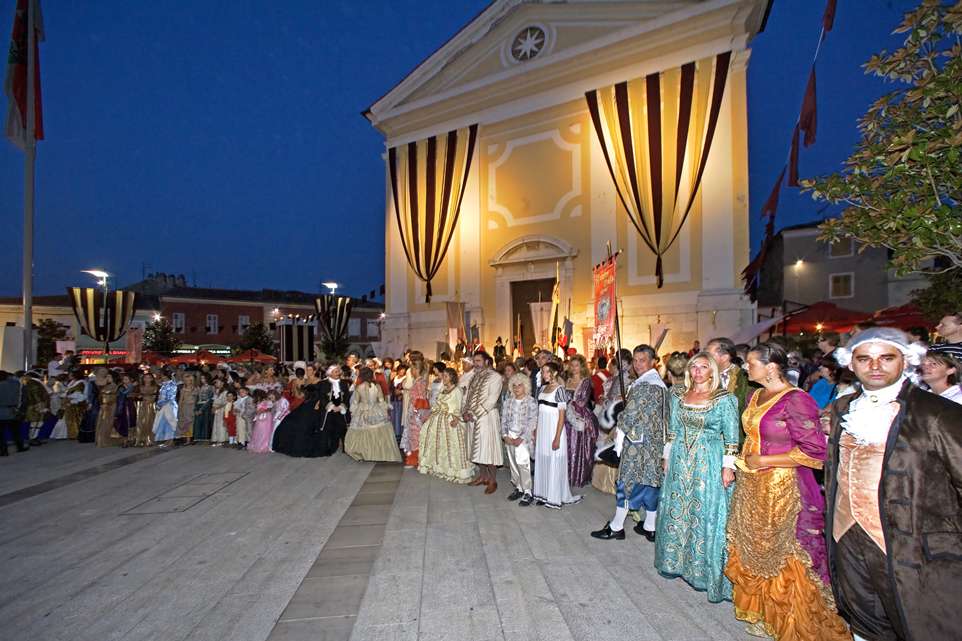 Rovinj, the seaside city of romance and art, is one of the most charming towns in the Mediterranean. Being a part of the Venetian Republic for over 500 years, the Old Town is perched on an elevated peninsula, surrounded by Venetian terracotta-roofed houses and crowned by the Church of St. Euphemy from the 18th century, whose bell tower dominates the Rovinj silhouette. The cramped area of the former island dictated the appearance of the town that is characterized by high houses, narrow paved streets and small squares. Poreč, being almost 2000 years old, is famous for its Euphrasian Basilica from 6th century. The town lies on a small peninsula, protected by the island of St. Nicola. Two thousand years ago, Roman soldiers built their fortified colony of Parentium here. They built “villae rustice” here where they enjoyed in divine life styles, the sea, sun, wine, olives, and good food. Today, thousands of tourists come to Poreč to enjoy in its Divine Life, Blue and Green Lagoons, pure nature, clean and warm sea. Poreč has grown throughout centuries and its churches, medieval walls, round towers; Gothic and Baroque houses still talk the stories of the past.

The Brijuni Islands, today protected as a national park, have always been a paradise for the distinguished guests. The proof for this can be perceived in the remains of the Roman patrician villas as well as in the luxurious residence of the more contemporary hedonist, former president Tito. 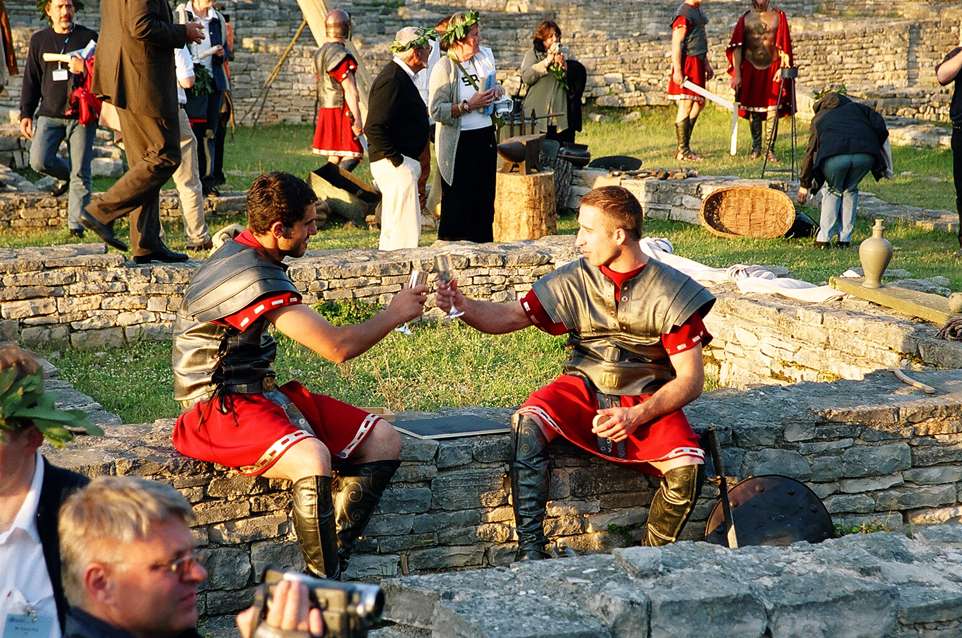 Transfer to the main island is possible by ferry or by an exclusive boat, sightseeing tours operated with a miniature train, interesting visits to the archeological sites, to the remains of the Ancient villa and a Byzantine castle, safari park, natural-history collection…etc. Brijuni are also well known for its 18 holes golf course attracting golfers from all around the world.

With its enchanted geographical details and great accommodation facilities, Istria is a strong new frontier.

Explore the roads of Istria, taking you throughout vineyards and olive orchards, red plains and green valleys, modest little towns and rich sea resorts. Visit Grožnjan, an old town extremely well preserved, situated on the northern offset of the plateau above the Mirna valley. Discover the town of Motovun, a town-monument, an ancient Istrian acropolis town located atop a 277 meter high hill, whose present appearance dates back to the Middle Ages, from the 12th and 13th century. Stop by the village Livade and taste excellent Istrian wine with light snacks or dinner. Discover the Istria’s inland exploring small shelters called “kažuni” built in the open fields; stroll the roads next to the wine yards and olive orchards. Arriving on the higher peaks of the hills, you’ll have a superb view over the surrounding area. Visit the towns of Grožnjan, Motovun, Hum or Pazin, stopping by for a lunch in one of the traditional taverns.

One of the unique ways to enjoy a spectacular view of the Istria’s archipelago is from a sailing boat. Learn or improve your sailing techniques under the command of a professional skipper. Sail along several island groups among which the most interesting and the largest is the Brijuni Island group counting 14 islands and islets. On the Brijuni Islands you can go golfing; sightseeing with small train; visit Archeological and Museum of natural sciences; or explore safari park or the ruins from the roman times. 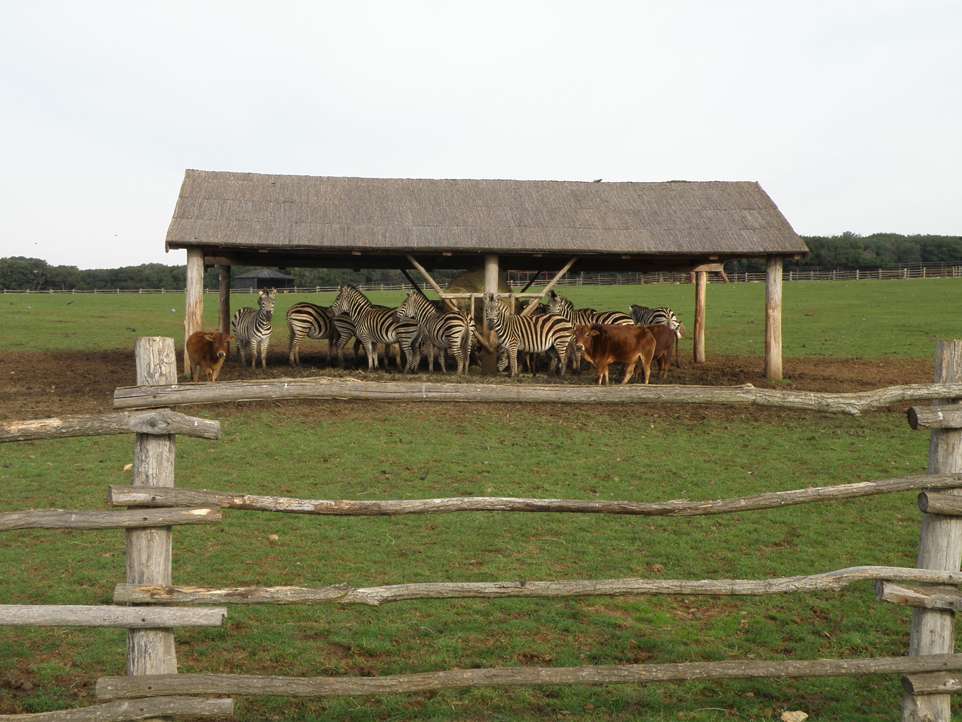 Feel the nature in its origins, horseback riding in a village near Pula. Riding these noble animals, explore pristine caves, pick therapeutic plants, have picnic on a meadow or lunch in one of the rural households.Activity is ideal for true adventure seekers, nature lovers and horse admirers.

Start a tour by bike, pedal through the villages; or take advantage of a cabrio drive allowing you to travel through Istria’s lovely inland and to enjoy its green hills and numerous vineyards, medieval towns on picturesque hilltops. 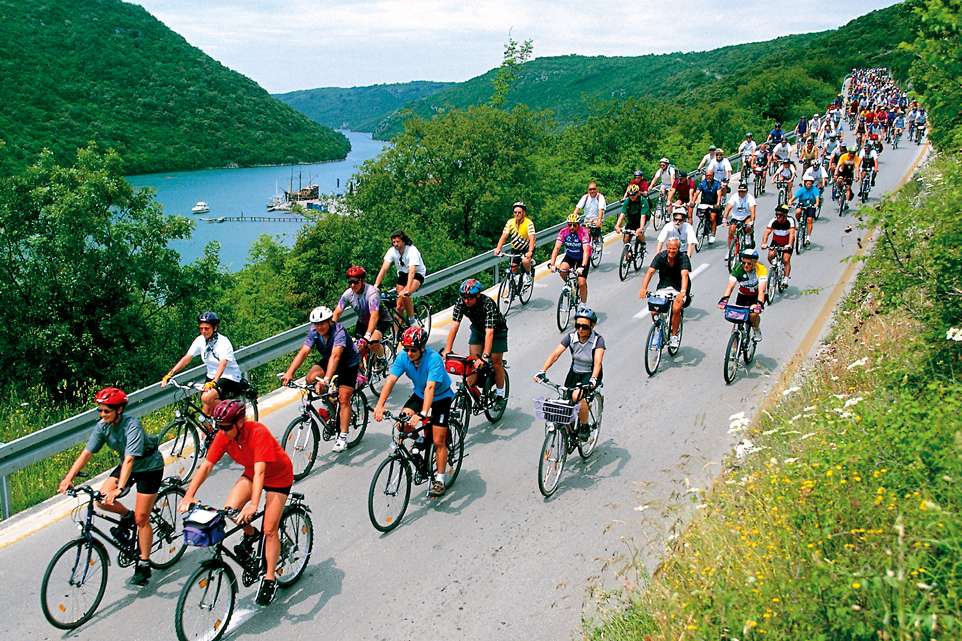 Many other activities are offered in Istria, from those pumping with adrenaline like paragliding, hang-gliding, free climbing or parachuting to those less extreme and more relaxing like golfing, mini-golfing, hiking, biking and similar.

Istria offers numerous team building possibilities, from the activities organized in cities to the ones done in inland. Perfect way to learn more about the local cuisine and the food is to attend one of the cooking classes in a typical Istrian household. Do your own groceries and learn how to prepare typical tastes of Istria, combining them with exquisite wines of the region. Start your own truffle hunt with the help of hunting dogs in Istria’s inland. An unusual and unattractive tuber, with a specific aroma and a much more specific taste for which it is said that you either love it or hate it, is the unique “subterranean fungus” called the truffle. 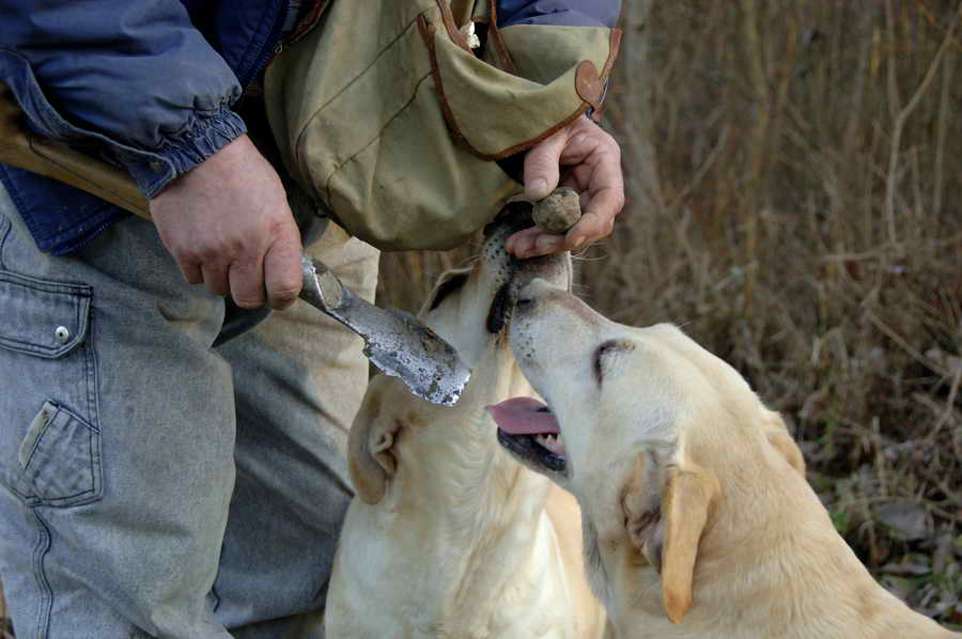 World’s largest truffle that entered the Guinness Book of Records in 1999, with its weight of over a kilogram was discovered in Istria. Who knows, maybe your team will break this record.

Some other activities include:

Choose between Rovinj, Poreč, Pula, Brijuni islands or one of the charming towns in Istria’s inland and have extraordinary evening event. 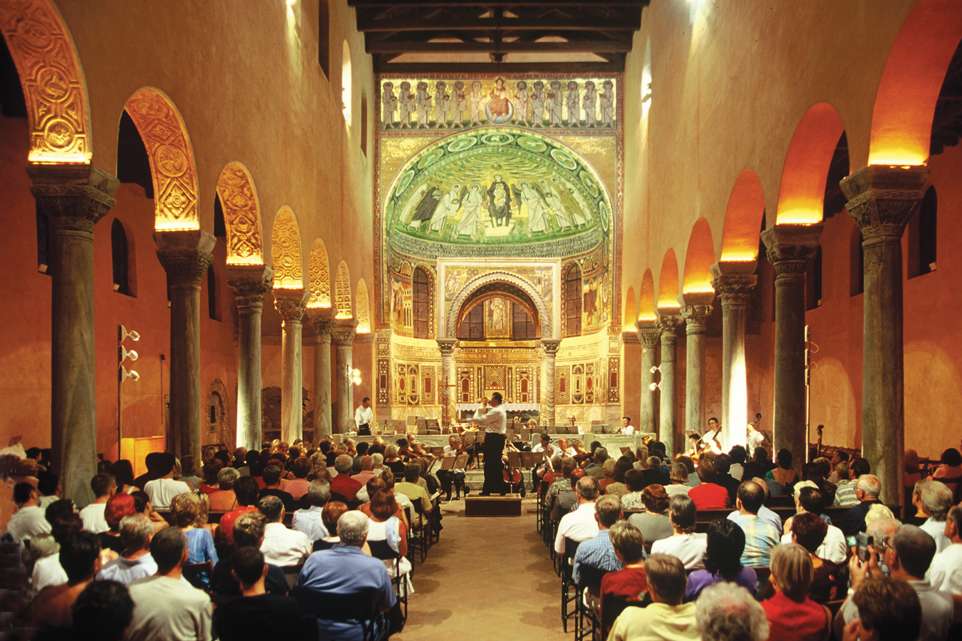 Istria, heart shaped peninsula is famous for quality wine making, cheese and olive production and growing of truffles- unique tubers, completely hidden underground, impossible to be spotted but only traced by the smell by trained dogs. Meet Istria’s gastronomy and enology in one of many traditional restaurants in Pula, Rovinj and Poreč. Enjoy fresh seasonal foods from local producers, or a fusion of Mediterranean cuisine and typical Istrian flavors combined with exquisite list of domestic wines. 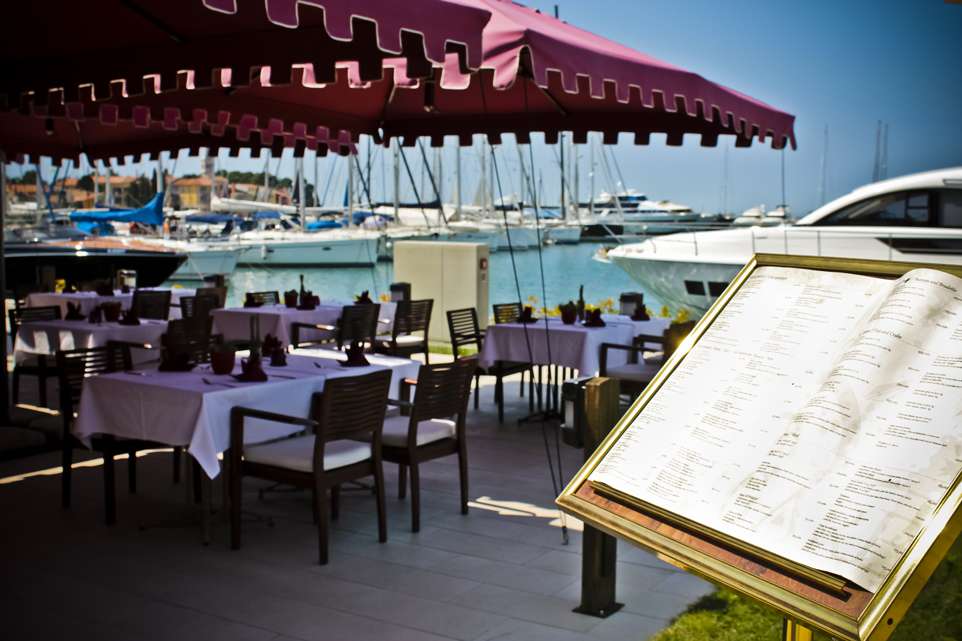 Besides traditional cuisine, one can find modern and chick restaurants in Istria.

Especially attractive are restaurants by the sea and lighthouses offering pleasant atmosphere and unique experience. 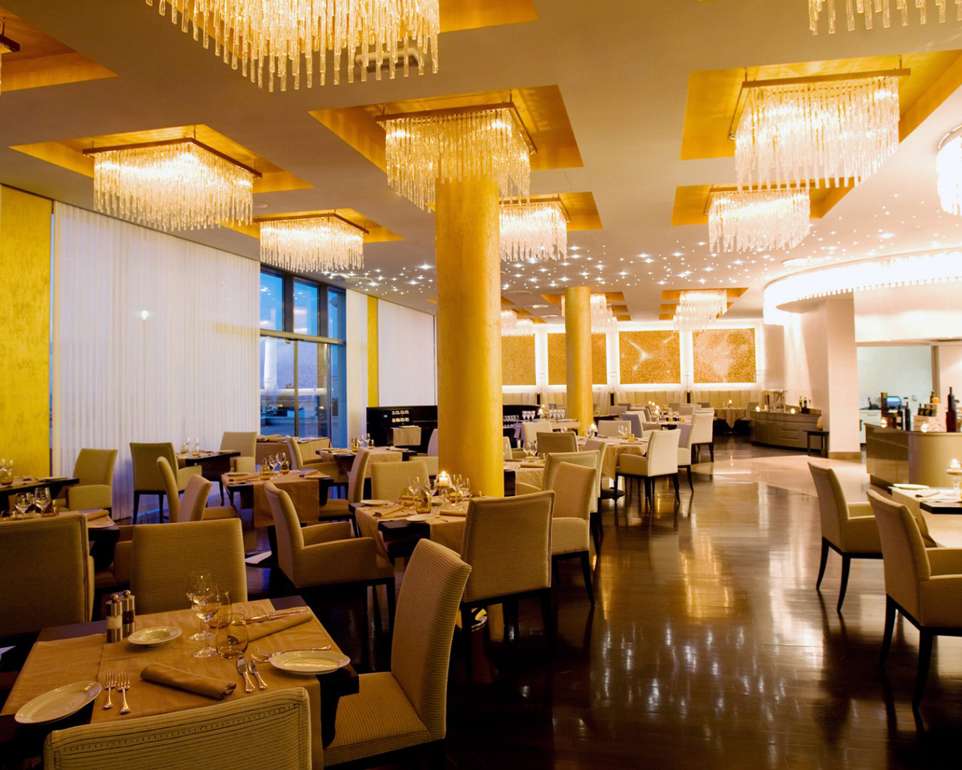 Istrian “Stancija” the agro-tourism estate “Stancija” is characteristic Istrian estate in the inland. Its houses are often turned into inns and offer accommodation together with authentic local dishes, with ingredients locally produced. Meals are prepared depending on the season, and some stancijas’ hosts offer to involve their guests in their daily activities like harvesting grapes, burning brandy, making homemade sausages or picking asparagus in the spring. In some stancijas it is possible to attend cooking classes and learn more about the traditional meals. 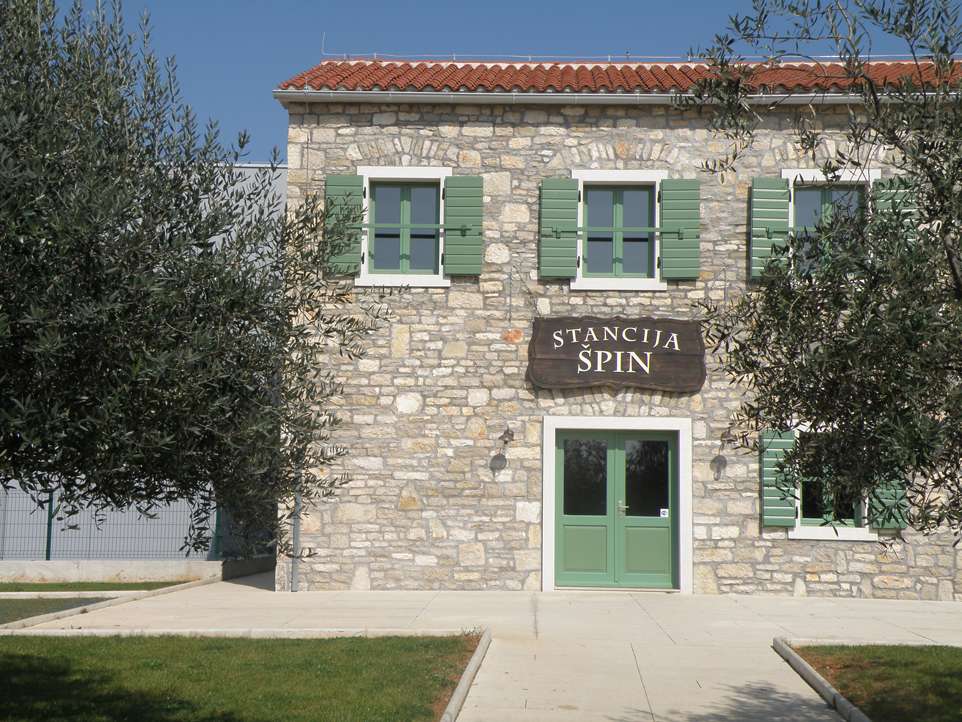 Initially the amphitheater in Pula was used for gladiator fights, hunting spectacles and public legal proceedings. Today it represents the biggest and the best preserved monument of ancient times in Croatia, astonishing visitors from all over the world. With its capacity, accommodating about 10.000 people it can be used for concerts, gala dinners or other special events. 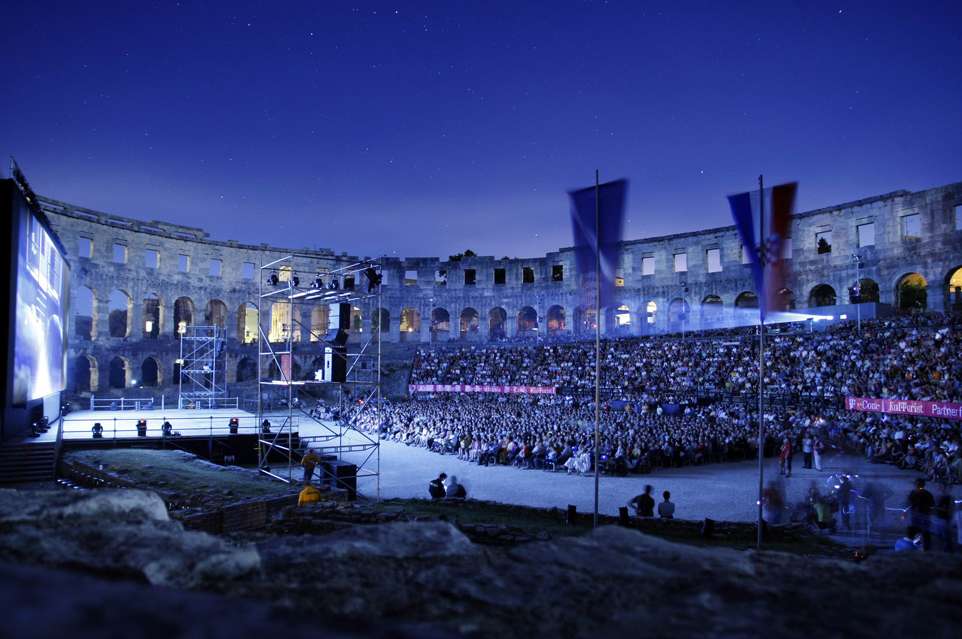 The church of the Sacred Heart of Jesus and Mary (Sacred Hearts), in Pula, after its refurbishment is designed as a multimedia venue. It can be used for conferences, concerts, different gatherings, movie projection and similar. Church is also very well adapted for persons with disabilities, while the surrounding area enables easy organization of various events. 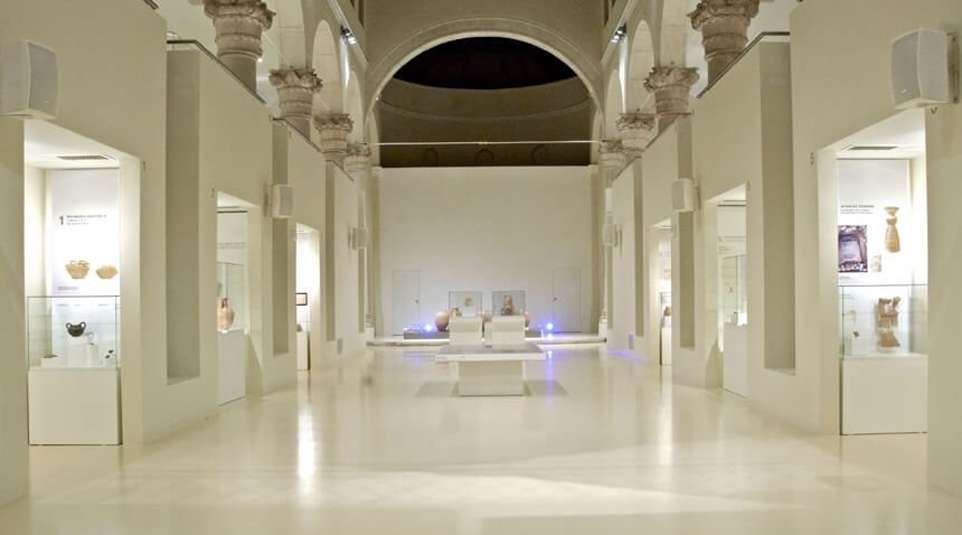 Red Island, only 15 minutes boat-trip away from Rovinj consists of two little islands-St. Andrew and Maškin. On the St. Andrew island there is an old Castle, previously used as a summer residence of the islands’ owners, while on the Maškin island there is Mausoleum. Both properties can be used for special events, gala dinners and other fine dining experiences. 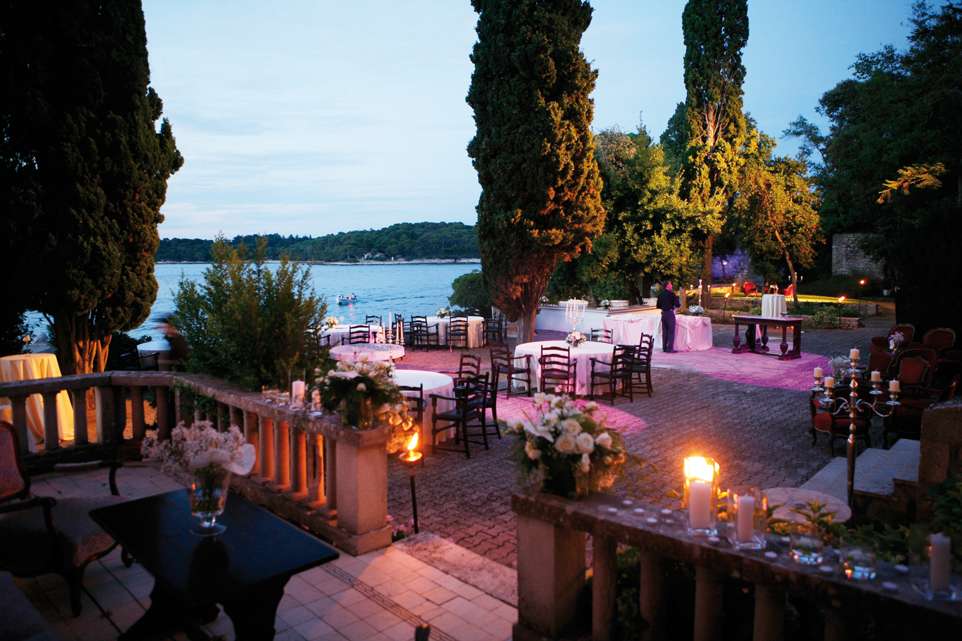 Built in the first half of 6th century on the remains of an earlier basilica, Euphrasius basilica is the most valuable cultural monument in Poreč, inscribed in the UNESCO World Heritage List.

Basilica is ideal for concerts and similar special events. 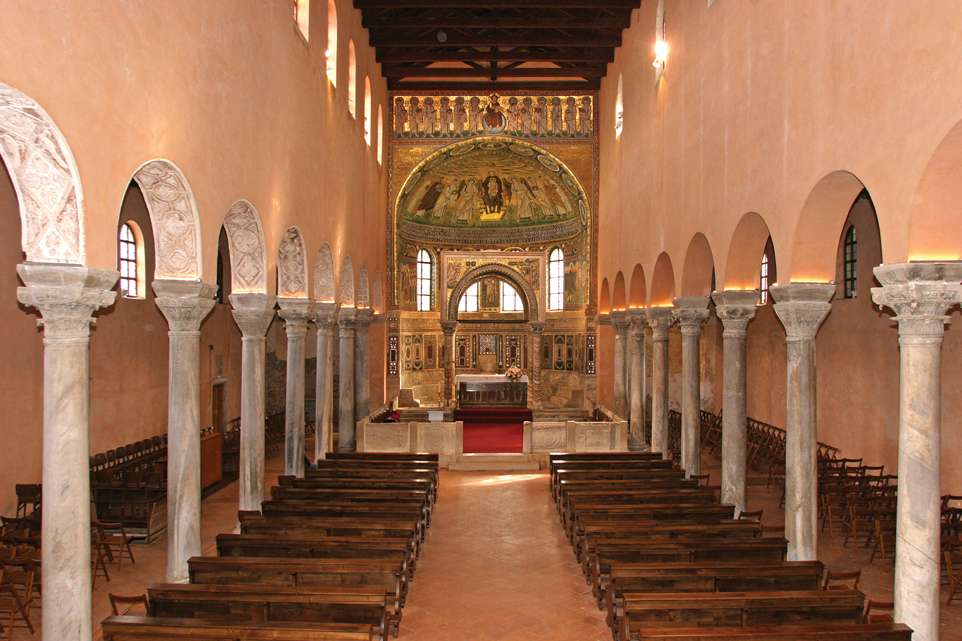 Nesactium represents the oldest town in Istria, living only through its ancient ruins. Today, on the southeastern slopes of the Istrian Peninsula, there is archeological park displaying preserved architectural remains of Nesactium. Location is ideal for open area catering, especially inviting for groups of archeologists, historians or architects, but equality interesting for all groups wanting to enjoy the combination of history and nature. 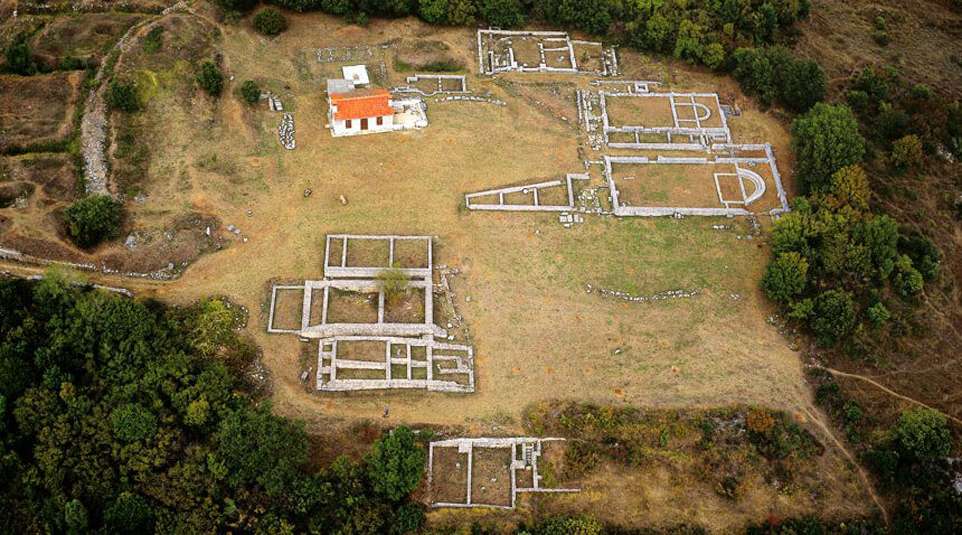 Found in Verige bay on the western coast of Brijuni, the remains of the Roman Villa are the most representative ones on the area of eastern Adriatic.

Complex that consisted of several buildings, today can be used for various special events, concerts, caterings and similar. 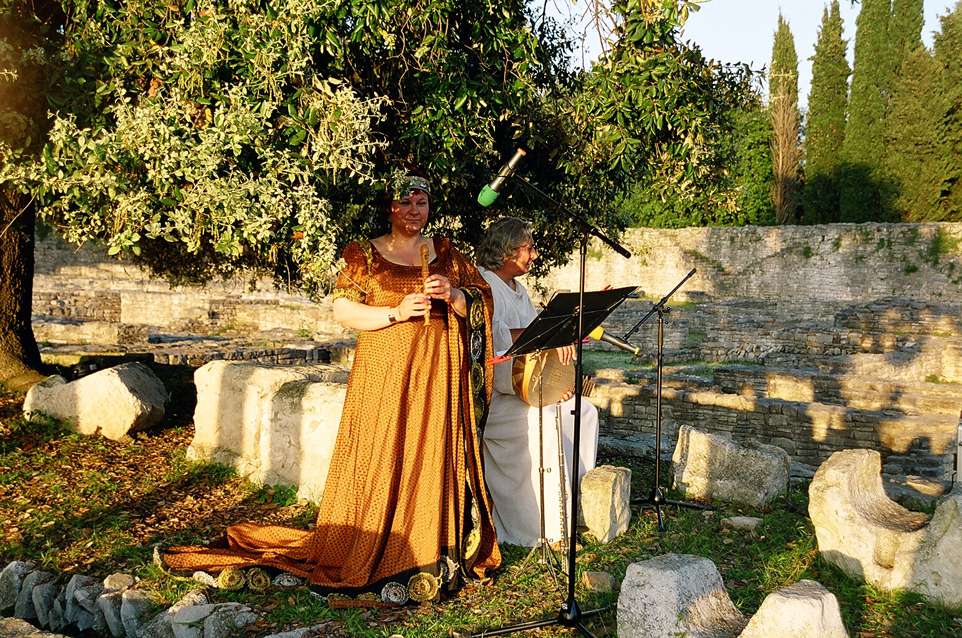 This elegant venue, offers four fully equipped conference rooms with total capacity of up to 250 people; a garden ideal for cocktails for up to 300 people and a cellar tavern. 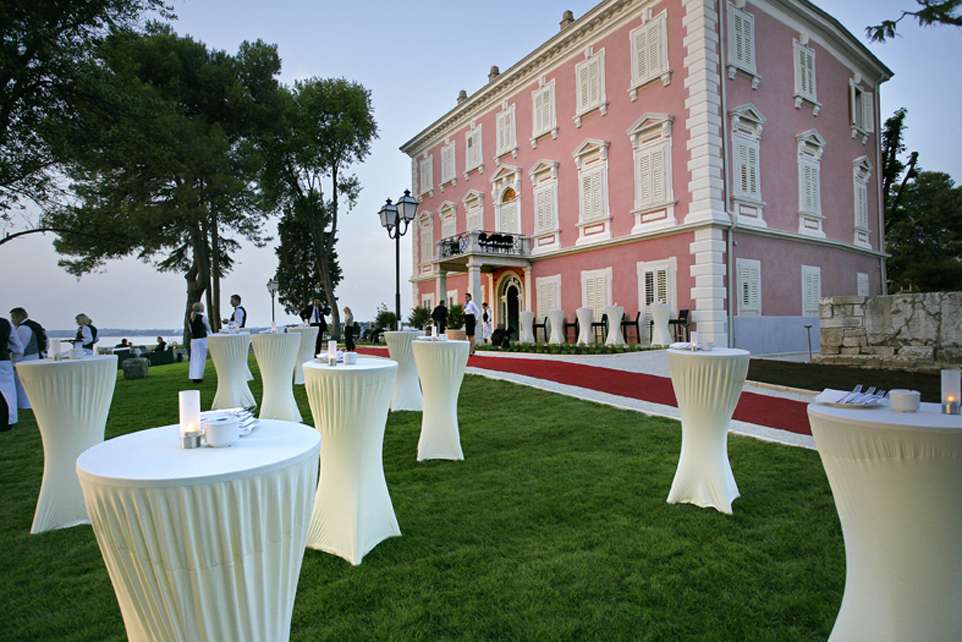 Located in the center of Rovinj, in the spaces of the former Tobacco Factory, Adris Exhibition & Convention Centre is completely renovated event venue of the highest rank. The complex features multiple galleries, concert hall, Tobacco Museum and several showrooms. The seating capacity of the main hall is 1800 people while the second largest has capacity of 1100 people. The venue offers a banquet accommodating 1 000 guests, and outdoor terraces used for various purposes. 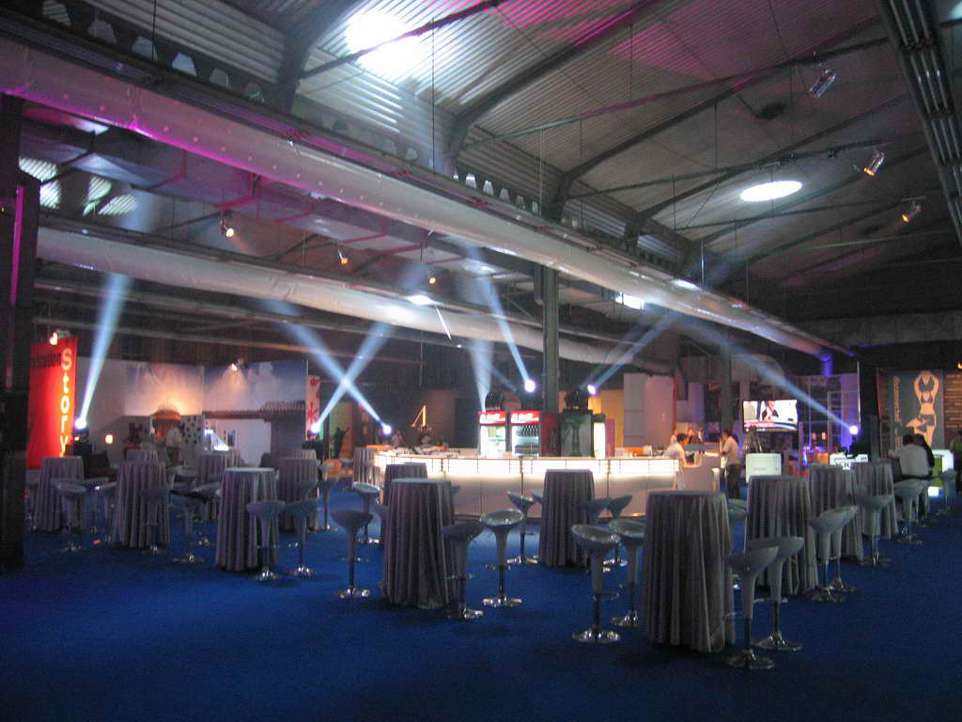 Built for the needs of 2009 World Men’s Handball Championship in Poreč, today represents multipurpose venue, ideal for cultural and entertainment activities and other special events, with capacity of 3700 people. 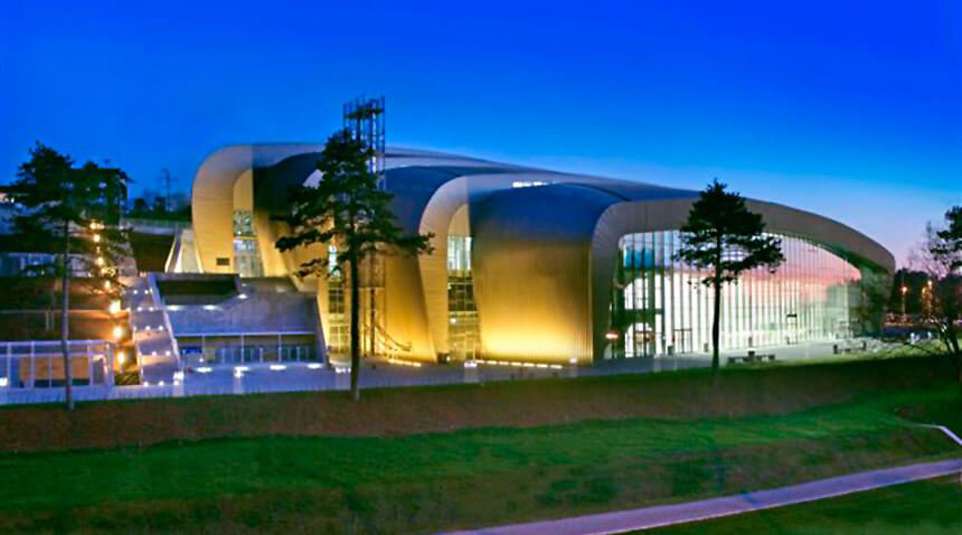 Whether choosing from Rovinj, Poreč, Pula or another city in the “green and blue” region, Istria is rich with meeting venues, catering equally to large and small groups.

Depending on their requirements, meeting planners can choose between modern or historical venues, open or closed meeting spaces. 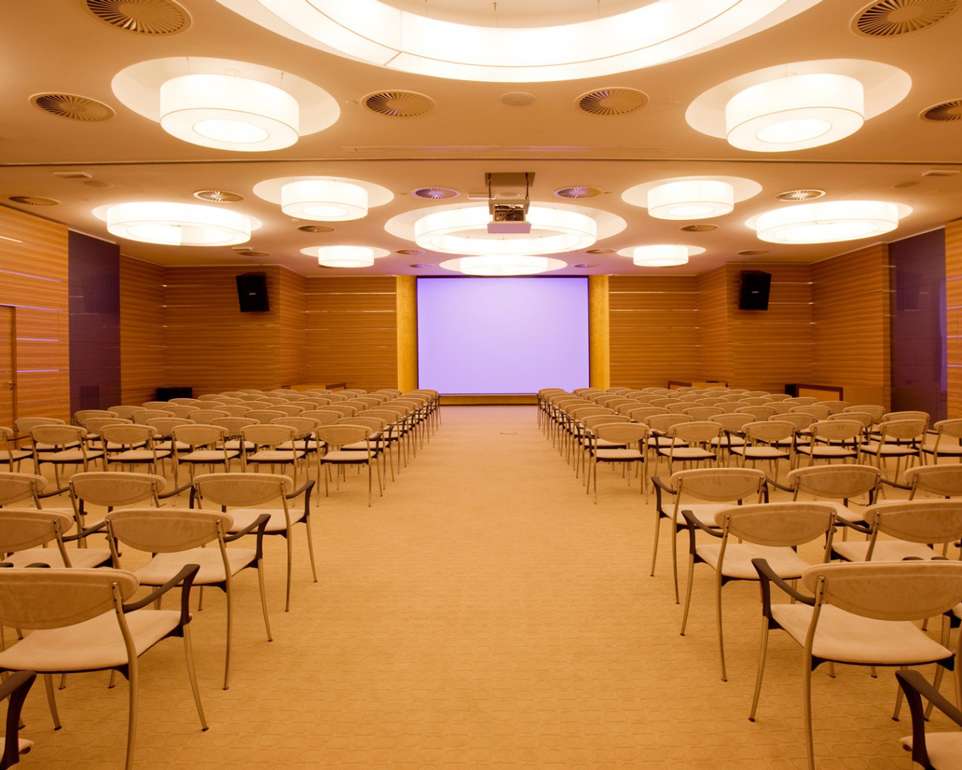 New Hotel Capacities & Renovated Hotels in Croatia With ever increasing demand for high quality properties, Croatian hoteliers are investing in construction and renovation of … 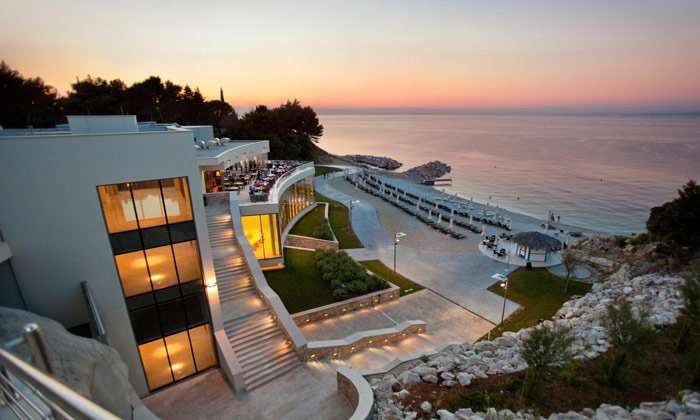 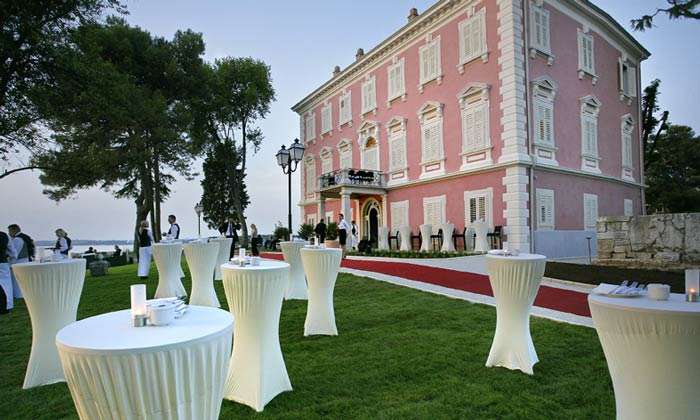