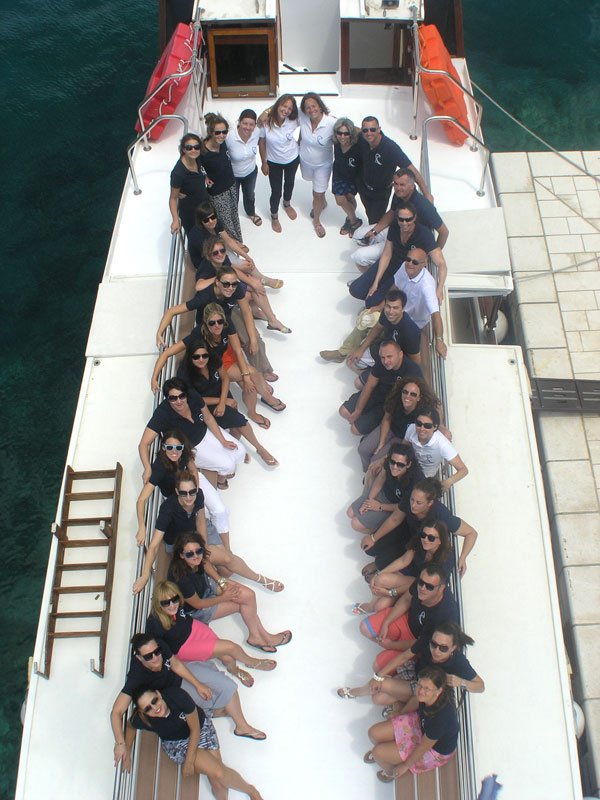 After another successful spring business cycle DT Croatiaorganized its traditional internal meeting and excursion for all of its employees this year to one of Croatian’s picturesque islands on 8th of July, 2013.

On this occasion Mrs. Ines Strbinic Herman was recognized as Employee of the Year for 2013 due to her overall contribution to DT Croatia and her results in the past year.
Mrs.Vesna Makivic, Mrs. Nela Selmani and Mr. Mario Baranac received awards for their successful decade with the company.
Not only those awarded were recognized, but rather the whole DT Croatia staff, whose projects from the first half of the year were performed at an excellent level thus reaffirming DT Croatia as leading Croatian DMC.