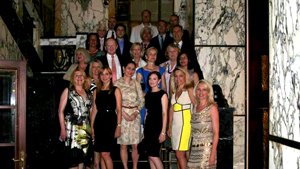 The event was held in Zagreb on 04-07 July, 2012 with the goal of familiarizing 15 hosted buyers brought by the Incentive & Congress Journal (ICJ), – potential congress, incentives and various meetings organizers from the German-speaking countries with Zagreb as a MICE destination. In addition a  workshop was held at the Westin Hotel, where participants met with local representatives of conference industry.