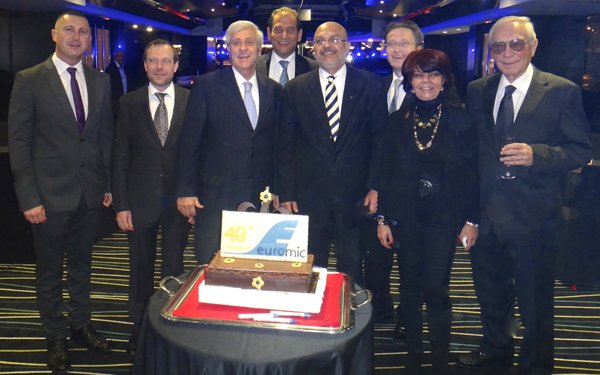 This non-commercial Association, a consortium created to promote on a worldwide basis its members and World Affiliates began the year with its annual general assembly in Paris, the birth place of this association.

DT, the only Croatian member of this prestigious organization was represented by Daniel Marusic, Euromic Board member at its third General Assembly held this January at the Intercontinental Paris le Grand by the French Euromic member, Holt Paris Welcome service, with a gala evening orchestrated on the Seine aboard the Mirage des yachts of Paris.

On this occasion, the members had the opportunity to reconnect and discuss the future of the association and the trends in the industry.
The assembly elected a new President Mr Karim El Minabawy, President of Emeco Travel, the longstanding Egyptian member of the association. He took over the presidency from Mr Giancarlo Carrera, President of SM Travel in Switzerland and one of the founders of Euromic. The Association is administered by a Board of Directors composed of seven members, elected by the General Meeting, by secret ballot, from among the active members of the Association. Members of Euromic Board 2013 are:

From left to right: