For the third consecutive year, the globally popular HBO series, Game of Thrones, returns to Dubrovnik, Croatia! The breathtaking ramparts of Dubrovnik’s old town will serve as the location of King’s Landing. In the past, the series has been filmed on many different locations in and around Dubrovnik, including the island of Lokrum, the Lovrijenac and Revelin fortresses, theDubrovnik City Walls and the 15th century arboretum in Trsteno.

DT Croatia can help bring the Game of Thrones to life by staging a themed event in one of these unique medieval locations where authentic atmosphere is created with period costumes, decorations and music.

The experience is completed with meals fit for a king such as the Night’s Watch, King’s Landing Midnight Plate, Lannister’s Sinful Chocolate Cremeux. 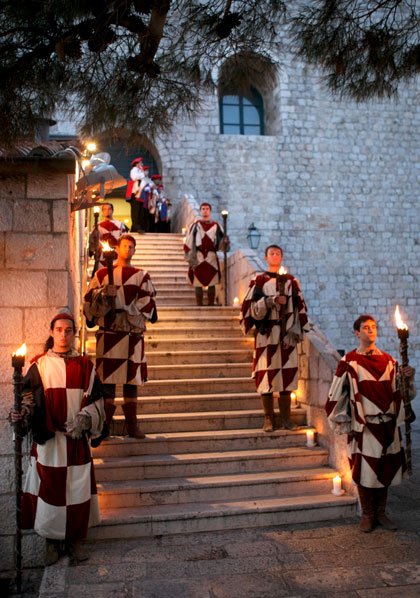